Today I was in Queens. Eh, not my favorite borough of New York, but it was a good change of scenery. It’s amazing how open and full of space Queens is … really does not feel like the New York I’m used to. I went to the Queens Museum of Art, where there’s this gigantic architectural model of the city of New York. It’s massive. And it’s pretty cool. It was constructed by Robert Moses for the New York World’s Fair held in 1964-1965 and is updated to 1992, but that’s still pretty old school. I wouldn’t call it particularly beautiful, but the sheer scale of it is just amazing.

Unfortunately the rest of the museum collection seemed pretty lacking. The museum itself wasn’t very easy to get to either since you have to trek through Corona Park, which on a normal day might not be so bad … but today it was kinda rainy and yucky. Overall it was an okay experience and great to see the panorama … but it’s not a trip I’m likely to repeat. 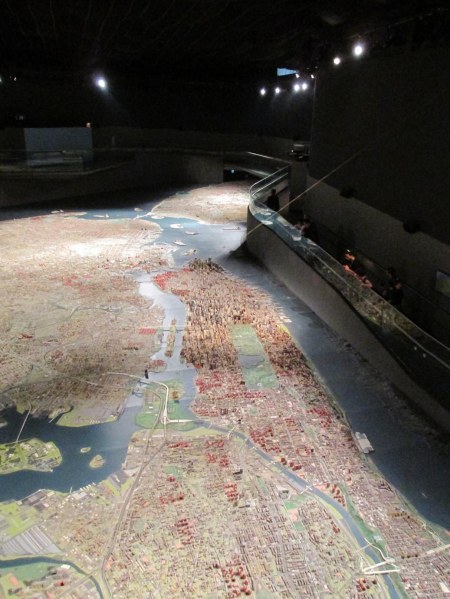