Here’s a work based on Diego Velázquez’s Las Meninas (1656), from the CAFA Experimental Art Department’s undergraduate student exhibition. Pretty funny, taking an architectural section of the work (cutting even through people!). But not getting how this is ‘experimental’.

Francis Bacon did his Study after Velázquez’s Portrait of Pope Innocent X (based, as the title suggests, on a Velázquez work) in 1953. So congrats, kid at CAFA, you’ve graduated, but it’s not a novel idea. Artists copy masterworks all the time as learning exercises and sometimes they branch off and add their own style. Sure, some are more successful than others, but experimental? What does that even mean!?

Previously I posted about works from the CAFA postgraduate students’ exhibition. Well, the undergraduates had exhibitions too, although they were less refined and less interesting. Here are two works from the Experimental Art Department’s show. There was some weird stuff. Even more crappy stuff. 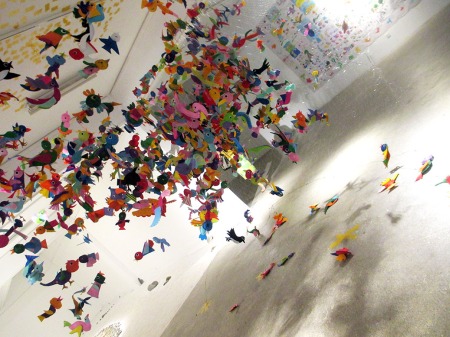 Do other schools have experimental art departments? When I first read it, I thought I was mixing up the translation … but nope, it’s actually called the Experimental Art Department (实验艺术系). How do you teach someone to be experimental? It was mostly installations, so maybe that’s what they were getting at, but there were also paintings and sculptural works … and it’s not like you could call the works from other departments ‘traditional’.

In art school, aren’t most students experimental to some degree?

I think I overdid it. Online shopping is just way too easy in China! Click click click. Click. Woot! Junk food! Order placed at 9:30 AM. Order arrived at my door at 4:30 PM. Amazing! Only once I was unpacking the boxes did I think … holy crap that’s a lot of food.

Online shopping in China is amazing. Quick, efficient, and often cheaper than the stores. Food and household stuff from YHD, clothes and things from TaoBao/TMall, electronics from JD, and I’m pretty much covered. It’s gonna be hard once I go back to the States. Amazon Prime was pretty amazing when I lived in New York, but … it just doesn’t compare.

Here’s a sculpture by artist Dao Ming (道明), an artist based in Beijing. When I was up there, I visited some artist studios and stopped by his place. Nice guy, great work, pretty good English, and his wife is a talented artist as well. His work isn’t suited to our gallery, but I think he’ll definitely go far.

I have discovered that even though I have been eating jiaozi (饺子 jiǎozi, dumplings) since I was a wee one, I have been eating them wrong. I know that some people use a mixture of soy sauce and vinegar as dipping sauce for jiaozi, but I thought this was a variation, not the standard, since my family always uses a mixture of soy sauce and sesame oil or soy sauce by itself. Apparently this is extremely abnormal.

Story time: In Beijing, I was a bit peckish and went down to the hotel restaurant, where I ordered a plate of jiaozi. The waitress brought a bowl of soy sauce and vinegar and I asked her if I could get plain soy sauce instead. With the look on her face, I might as well have asked for ketchup. She looked really confused and asked me three times if I was sure I didn’t want any vinegar mixed in! When bringing my bowl of soy sauce, she was like, “And here’s your soy sauce … with no vinegar. Are you sure?” Ha. Then she went and told a fellow waitress about the silly Southerner (jiaozi are more common to the north of China than the south) and they had a good laugh … at my expense. Sigh.

Since I have a million and a half images from places I’ve been to or things I’ve seen but never got around to posting, I’m going to start a Throwback Thursday (TBT). Here’s a work from BANK’s PAINT(erly) exhibition last fall. 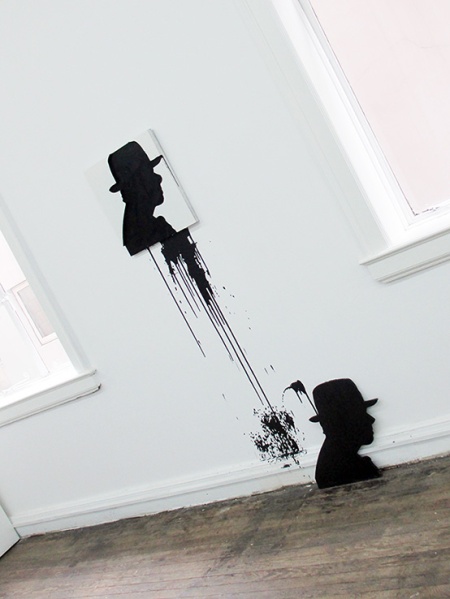 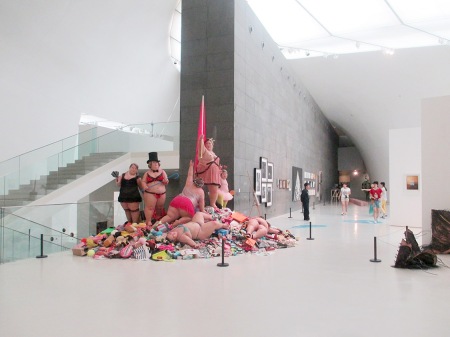 Life, it’s always getting in the way of things, eh? Here are more pictures from the CAFA show last month in Beijing! I gotta say, I was duly impressed. Not only were the students’ works amazing, but the museum itself was beautiful. White walls, good lighting, and high ceilings make my day any day! 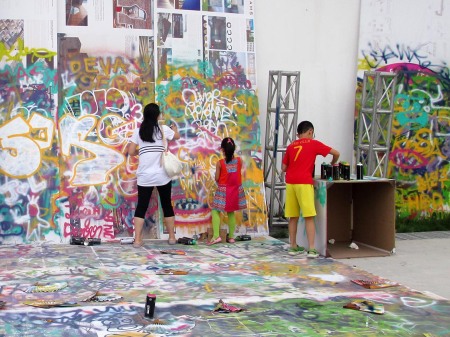