Previously I posted about works from the CAFA postgraduate students’ exhibition. Well, the undergraduates had exhibitions too, although they were less refined and less interesting. Here are two works from the Experimental Art Department’s show. There was some weird stuff. Even more crappy stuff. 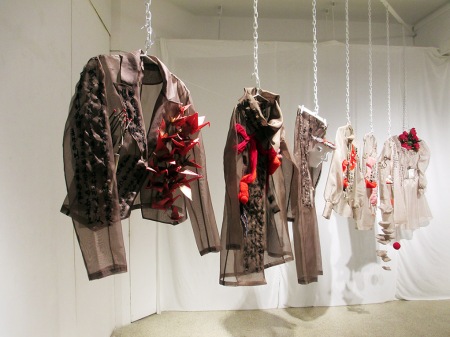 Do other schools have experimental art departments? When I first read it, I thought I was mixing up the translation … but nope, it’s actually called the Experimental Art Department (实验艺术系). How do you teach someone to be experimental? It was mostly installations, so maybe that’s what they were getting at, but there were also paintings and sculptural works … and it’s not like you could call the works from other departments ‘traditional’.

In art school, aren’t most students experimental to some degree?