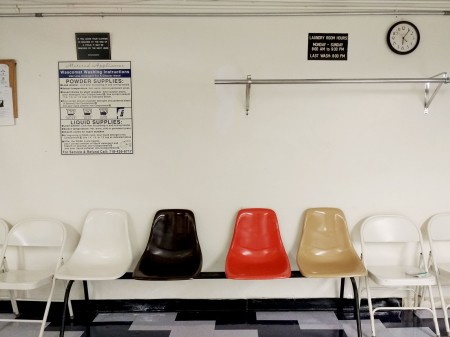 Ah, the convenience of an in-unit washer/dryer … how I miss thee! Having to trudge downstairs with a basket full of laundry makes me think back to my college days, and not in a good way. Plus, the laundry in my new place is crazy expensive. As in $3 for a wash and $2.75 for a dry. SERIOUSLY? It is such a rip-off, I feel like I’m being fleeced, but I’m not barbaric enough to go without washing my stuff.

When I lived in Astoria, I had to use the coin laundromat around the corner, which was annoying but not as bad as you might imagine because I was only working part-time that summer, which means I never did laundry during the rush periods and I had the time to chill and read a book while waiting. In the grand scheme of things, laundry in-building isn’t too bad either, but between carrying your giant basket, debating where to wait, hoping that no one takes your stuff, and praying that there are machines open … it does get to be a bit frustrating.

But seriously people, there are some basic rules of communal laundry: