Sometimes I forget that New York City is a city of islands with easy access to water because I spend the far majority of my time surrounded by skyscrapers in Midtown or Lower Manhattan. But yes, Manhattan is an island. Queens and Brooklyn are part of Long Island (a rather giant island). Staten Island is an island. Only the Bronx is not an island … and coincidentally it’s also the only borough I’ve never been to. But there really is water everywhere. Which means beaches! And since it’s still New York, it also (sometimes) means art! Woot! 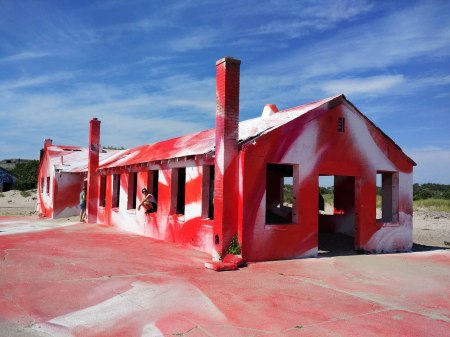 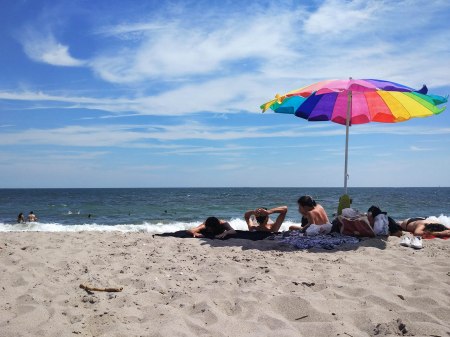 The Rockaways (Rockaway Peninsula in Queens) were pretty devastated during Hurricane Sandy in 2012, so it’s nice to see how it’s recovered. Over at Fort Tilden is the site-specific installation Rockaway! by Katharina Grosse. Basically it’s an abandoned structure full of sand that got a spiffy red and white paint job. Cool. Kinda random, but still kinda cool. I mean, if it’s going to be abandoned, it might as well be pretty.

So far I’ve been to Rockaway Beach, which has a pretty spiffy new boardwalk, and Jacob Riis, which is less crowded with better/closer food options, but is harder to get to (we took the Beach Bus to Jacob Riis; Rockaway Beach is accessible by train). But getting out of the city in any manner feels AMAZING! And if I’m being technical about it, we never really left the “city” since we were in New York City the whole time!

Oh, and while at Rockaway Beach, we created a masterpiece. What do you get when a group of architects builds a sandcastle? Why, a ziggurat of course. 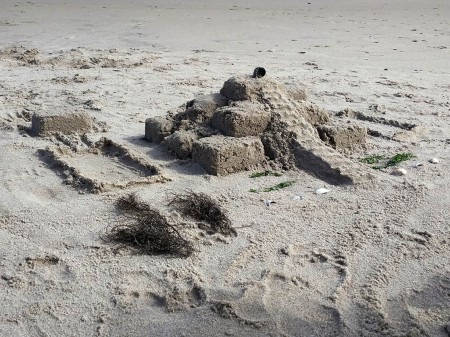