Ah Mumbai, that was great fun. I was in Mumbai with some classmates last January and one of my classmates who had lived in Mumbai was showing us the sights. And probably one of the coolest things was Dhobi Ghat, a large open-air laundromat. All you could do was overlook and take some pictures, but it was still really neat because … where else do you find a giant open-air laundromat? 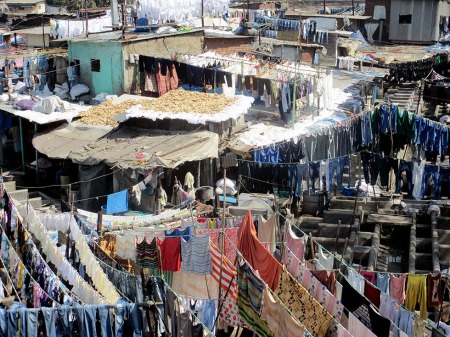 Animals. They’re everywhere. I’ve never been much of an animal person. 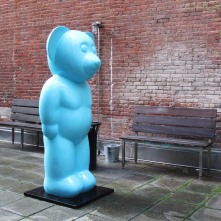 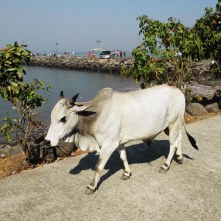 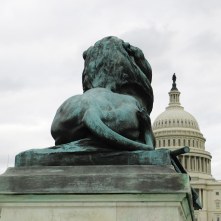 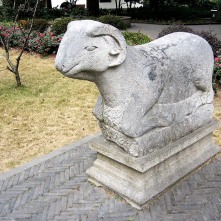 This picture was taken in Mumbai back in January, with the Taj Mahal Palace Hotel in the background. Take note of the dog on the ground. That’s how I feel. Oh thesis. Sigh.

When I was in Mumbai I took in the “eye, etc.,” exhibit (which will run until March 09, 2013) by Anita Dube. She’s an Indian artist who was initially an art historian/critic before crossing that line. The exhibit is at the Lakeeren Gallery in Mumbai’s Colaba district, which is trying to become an artsy district like Chelsea. The exhibit was composed of a few installation pieces that were clusterings of eyes glued to the walls in weird shapes. Kind of creepy, kind of cool. 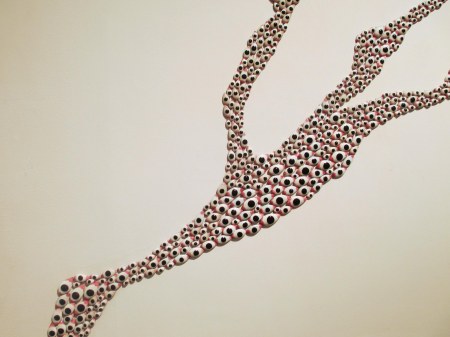 It was surprising to turn around and find a cluster of eyes growing from a corner of the space. The Lakeeren Gallery is fairly small and tight, which put the exhibit at a disadvantage. The gallery is a long rectangular shape, but not perfectly so. You enter at the end of one long wall; on the adjacent short wall was the exhibition description and on the short far wall was my favorite piece. Called “River Disease (Version 2),” this piece basically looked like a claw made out of eyes. 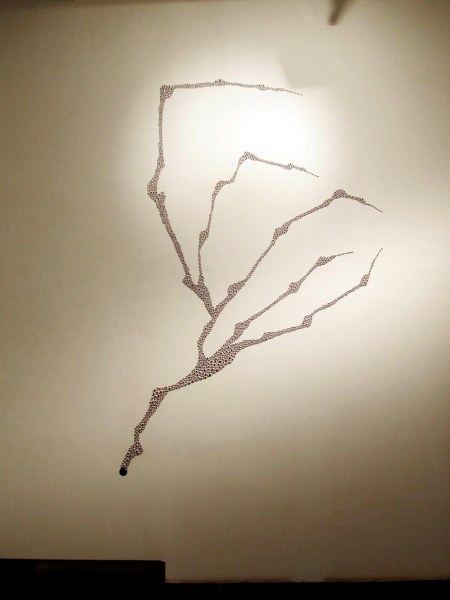 The worst part of the exhibit was the way it was fitted to the space. The eyes were cool, but the irregular space was … irregular. It’s an old building, so they did what they could, but it would have been nice to see some of the pieces that were on the long walls from afar instead of from oblique angles or up close. The lighting was quite annoying as well. It wasn’t very even, which could have been intentional, but it was distracting. And since the individual eyes were fairly low-relief little beads, it was all a bit two-dimensional. This flatness was only somewhat broken by the installations in corners … but a fold according to an existing fold is still surface, so it wasn’t as dynamic as a CLUSTER OF EYES could’ve been.

And on the subject of fast food in airports (the subject of my last post), here comes KFC! In the Mumbai airport! It’s the chicken zinger sandwich from KFC, which I ate at the Chhatrapati Shivaji International Airport (BOM) in Mumbai, as my last meal in India. Is it weird to eat American fast food in a foreign country? Yeah. But since the chicken zinger isn’t sold in the US, it’s totally fine.

Basically it’s a spicy crispy chicken sandwich. Not all that special and not all that great. The bread kept falling apart and the mayonnaise was too sweet, but the chicken was good although not as spicy as I expected/hoped. I remember the spicy chicken sandwich from a McDonald’s in India being much better, but that was roughly two years ago so I can’t say for sure. Anyhow, it was a decent way to end the trip … there’s only so much curry and kebabs I could take.